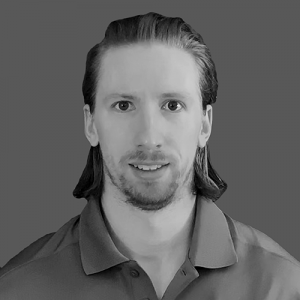 Greenwich
"I am constantly humbled by the willingness of my clients to share their stories, experiences and reflections with me.”

Riley Fitzgerald, Ed.M., has worked with numerous athletes, coaches, teams and organizations in the collegiate setting and beyond. He served as the coordinator of sport psychology services for Boston University Athletics, and worked with athletes and teams from Tufts University, Endicott College, and the East Coast Hockey League. Riley has also lectured at the Questrom School of Business and worked as a coach educator for USA Hockey and the Institute for Rowing Leadership.

Riley was first exposed to the field of sport and performance psychology after sustaining a major injury during his playing days. His interest then increased after he became a coach and saw the value in working on one’s mental game has on performance and recovery.

As a doctoral candidate and Glenn Fellow in sport & performance psychology, Riley’s research interests center on the creation of optimal performance environments and the ways in which organizations can promote athletic performance, growth, development and well- being.

Riley’s approach is rooted in collaboration, honesty and trust. While he has plenty of expertise in mental performance, his clients are the experts when it comes to their needs, strengths, interests and more.

HAVE A QUESTION? ASK Riley