The importance of getting evaluated following a concussion

Concussions have not always been treated as seriously as they should have, but with new reports coming to light, people are starting to realize it is essential to start managing and treating concussions at a young age, especially for young athletes. Here's why. 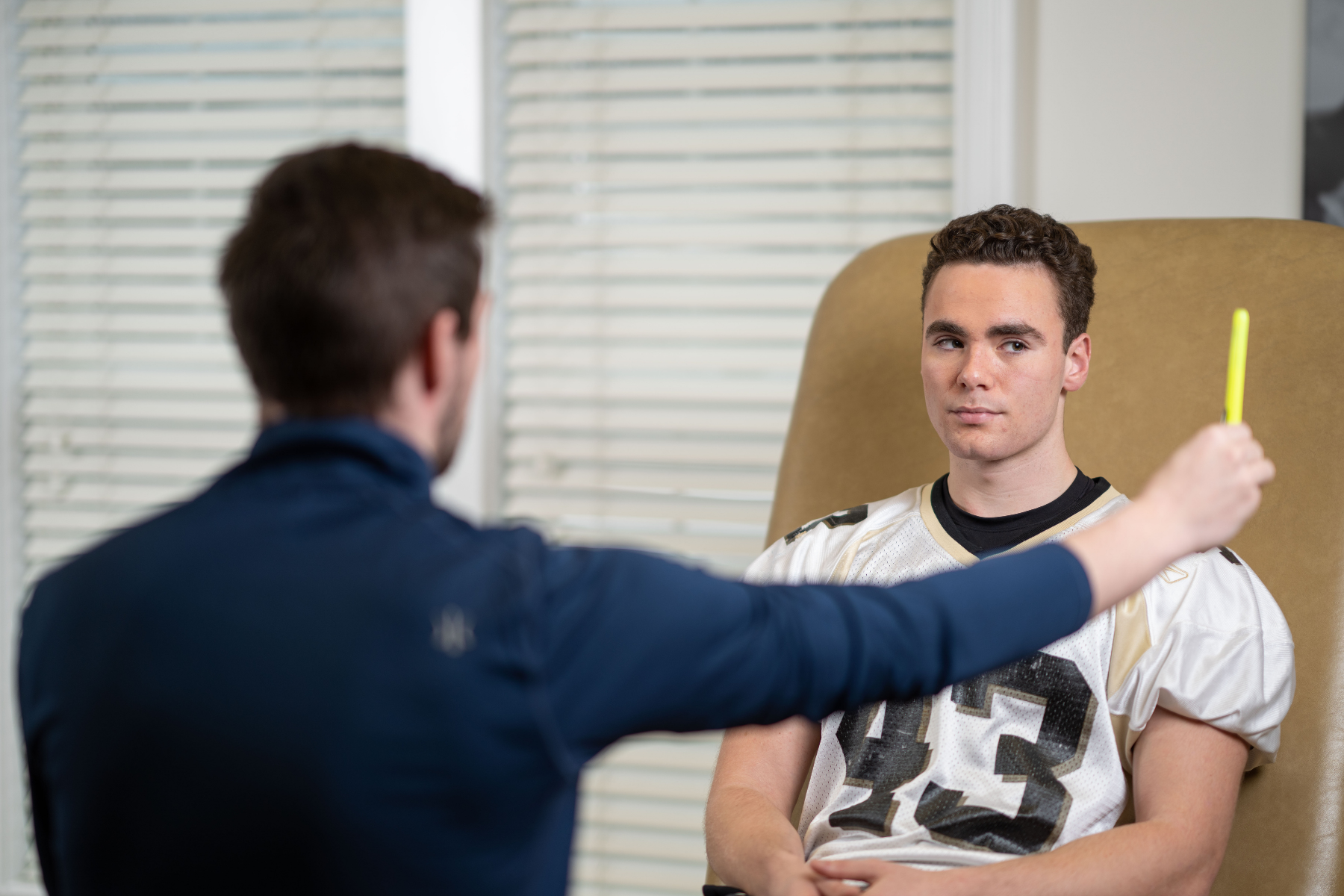 Concussions have not always been treated as seriously as they should have. But with reports coming to light about the NFL hiding the full extent of the dangers of concussions, the public has come to realize it’s not something that should be ignored. It is essential to start managing and treating concussions at a young age, especially for young athletes, before the issue progresses.

What is a concussion?

A concussion, as per the Centers for Disease Control and Prevention, can be defined as a mild traumatic brain injury resulting from a blow or quick jar to the head which results in the brain rapidly moving back and forth. This back and forth motion results in a chemical cascade within the cells of the brain, which can result in rapid short-lived impairment of neurologic function. Symptoms can include dizziness, amnesia or loss of consciousness, headaches, fogginess, sensitivity to sound and light, difficulty with balance and various other neurological impairments; all these symptoms can develop in a matter of minutes or hours post-concussion.

The CDC estimates that 1.6 to 3.8 million concussions occur annually. Now, this is not meant to scare you from having your children play sports: a total of 60 million children and adolescents participate in sports annually and a total of 400,000 experience concussions. The actually scary statistic is that it is estimated that more than 500,000 children and adolescents that experience sports-related concussions are not treated in a health care setting. (Gaw and Zonfrillo 2016, Zogg et al 2018).

To make some sense of all of this, let’s discuss how concussions are diagnosed and why it is important to perform a diagnosis in the first place. The first line of diagnosis in the on-field assessment, which is usually performed by a trained physician or athletic trainer. These clinicians will commonly use the Sport Concussion Assessment Tool, known as the SCAT 5, for on field/sideline assessments of athletes.

The SCAT 5 assessment has various components, with the most important being emergency assessment and stabilization of the athlete in serious situations. It also contains a cognitive assessment that examines the athlete's orientation and concentration. Based on an athlete's overall responses and symptoms, along with a balance assessment, the medical provider can properly triage the patient to the emergency department, hold them from the game or allow them to return to play.

Though the assessment itself is straightforward, the diagnosis may not be. In concussion literature, there is a strong emphasis on the recognition and diagnosis of concussions as soon as possible in order to promote healthy outcomes. After an athlete sustains a concussion, they should have a follow up evaluation by their primary care doctor who is familiar with concussion management and/or a concussion specialist. As medical providers know, no one truly presents the same symptoms, and this is especially evident with concussions.

Dr. Audrey Paul MD, PhD, FACEP, FAAP of Advanced Concussion Solutions works closely with our physical therapists. “Unfortunately, there is no single test that diagnoses a concussion. Concussion diagnosis involves a multifocal evaluation of several systems including the vision, balance, cognitive function and exercise tolerance,” Dr. Paul said. A proper initial evaluation also takes time, at least 30 minutes There are also new tools becoming available that assist with concussion diagnosis and prognosis, including quantitative EEG, according to Dr. Paul which can make the diagnosis process more consistent. The in-office evaluation that will be performed by a physician and eventually a physical therapist will include a thorough patient history to discuss prior concussions, past medical history and background on the current concussion sustained.

Various factors have been shown to increase recovery time, including female gender, history of any anxiety or depression, dizziness, higher baseline symptom scores and history of migraines (Kutcher and Eckner 2010, Hou et al 2012). A concussion can present with a wide array of symptoms and impairments, so a thorough physical exam is necessary. This will include, but is not limited to, an examination of a patient's cognition, vestibular/ocular motor function, cervical spine, balance and blood pressure. Based on this information, a team-based approach can be taken to manage a patient following a concussive event.

A major change in the way concussions are managed is a transition to focusing on recovery and being active throughout the recovery period. A study by Schneider et al. 2014 noted that randomized athletes with sport-related concussions into three groups; standard rehabilitation (non-treatment), cervical spine rehabilitation and vestibular rehabilitation. In eight weeks, 73% of the treatment group recovered, while only 7% of the control (non-treatment) group recovered. Following a concussion, people can experience a major exercise intolerance which fortunately can be addressed with a targeted and patient-specific active recovery.

Treatment for concussions initially revolved around rest and time to heal known as cocoon therapy. What we have learned over the last five years is that targeted active recovery is a better recovery method. A study by Thomas et al in 2015 took concussed students and randomized them into two groups: one to two days of rest or five days of strict rest. It was found that those in the first group recovered more rapidly than the strict five-day rest group. However, there have also been several animal-based studies that have looked at the use of exercise and activity too early in the recovery process, which had a negative effect on the body. What this tells us is that it all comes down to a balance, and recovery truly is patient specific.

Balance deficits and dizziness are found in up to 67% of patients with concussions. Athletes with vestibular based symptoms such as these are likely to have longer recovery times, sometimes up to six to seven times more likely to have a prolonged recovery. Alsalaheen et all 2010 found that athletes with vestibular symptoms that underwent physical therapy were significantly more likely to recover faster and return to sports sooner than those who did not.

Visual impairments, which include blurry vision, double vision, light sensitivity and abnormalities in eye movements, are found in 42% to 50% of patients following a concussion. About 92% of athletes with concussions also experience headaches. With a strong relationship to the cervical spine, physical therapy has been proven to be very helpful for the management of headaches in the concussed population. Lastly, the implementation of aerobic exercise when appropriate has significantly improved recovery time in adolescent athletes and decrease prolonged symptoms post-concussion.

As the athlete nears full symptom alleviation, they should be put through a combined battery of physical and mental tests that will promote a safe to return to sport. These can include vigorous treadmill and bike interval testing with the heart rate being monitored, sport-related agility and coordination drills and lastly mental/reactionary tasks layered in for specific cases. “Return to sport testing is essential for safe return to athletics to prevent a second concussion or an orthopedic injury. Current literature has shown that the best way to assess recovery is through heart monitoring and exercise tolerance,” Dr Paul explained.

Concussions are a major player in many adolescent athletes' lives. The medical profession has made great strides over the years to improve its diagnosis, examination and treatment of patients with concussions. Most importantly, we have learned that a timely and effective diagnosis and examination can decrease prolonged recovery and limit long term effects of concussions. And most importantly a patient centered active recovery leads to an earlier and safer return to play for athletes. 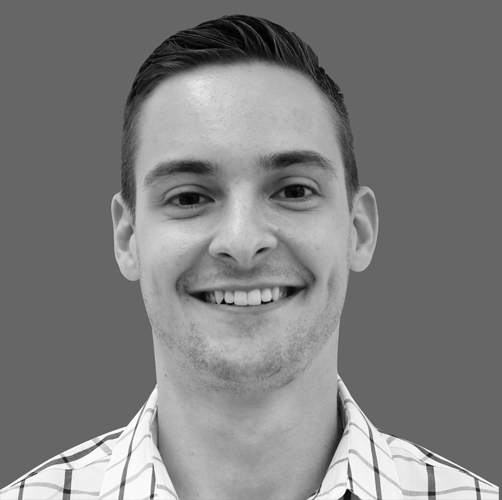 Robert Mahlman DPT, PT, OCS, is the Physical Therapy lead at Performance and a certified Schroth therapist who specializes in the treatment of various orthopedic injuries, along with scoliosis and concussion management.